Chelsea Clock is pleased to announce that it has reclaimed over 80 marine mechanical clocks installed on Victory ships built by the U.S. Maritime Commission during World War II. These authentic military timepieces, which were produced for the U.S. government in the 1940s, are being returned to optimum working condition by Chelsea’s certified Repair & Restoration technicians. As each piece in the Vintage Victory Collection is restored, it will be made available for purchase online with Chelsea Clock.

Each authentic U.S. Victory clock continues the long partnership between Chelsea Clock and the U.S. Navy. The Victory ship was pioneered in the early 1940s as a larger, more powerful cargo ship and attack transport to replace the Liberty ships taken out by German U-boats. More than 500 Victory ships were built for use throughout the Atlantic and Pacific theaters during World War II — and Chelsea Clock was commissioned to make the clocks for them. This latest batch is a rare opportunity to own a Chelsea Clock from the U.S. Navy with a unique serial number that had an important place in world history.

All 80-plus clocks are being disassembled and ultrasonically cleaned. Any worn and broken pieces will be repaired or replaced and cases are being revived — while taking special care to preserve their vintage appearance. Each clock bears original Chelsea Clock serial numbers and includes information about the U.S. Victory ship upon which it sailed. Shop our Vintage Clocks now to find these and other historically significant timepieces for your collection 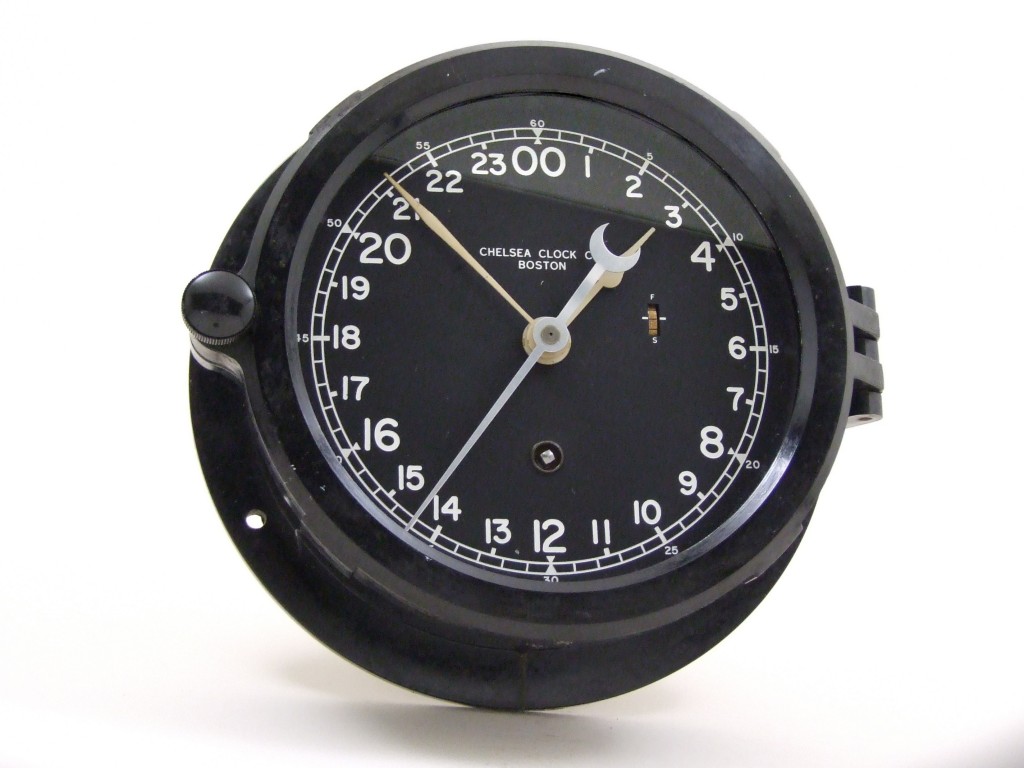