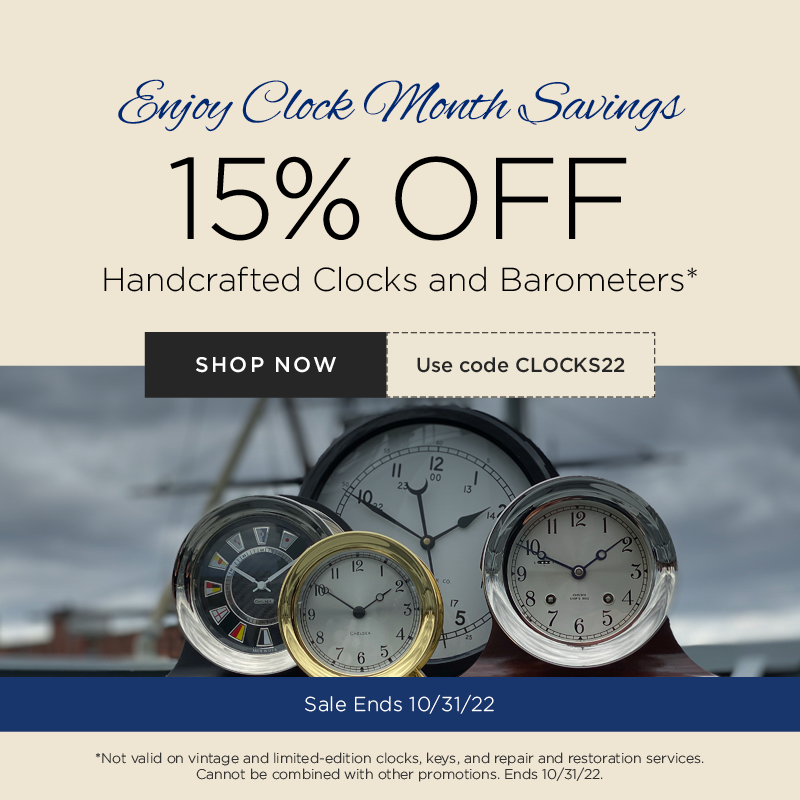 When you choose a Chelsea timepiece, you’re getting more than a fine clock. You’re getting a piece of American history. That’s because the Chelsea story is inextricably bound with the history of our nation over the last century — especially that of the U.S. Navy.

Chelsea Clock has a long and storied history aboard U.S. Navy ships, one that dates back to the early 1900s when the U.S. government began ordering marine clocks. The Navy hoped to take advantage of Chelsea’s growing reputation for nautical excellence.

In turn, Chelsea Clock made sure its clocks were built to Navy standards. They had to be tough enough to withstand moisture, dropping, shaking and the rigors of life at sea. Chelsea clocks found homes on ships, destroyers, cruisers and even submarines. For more than a century, the history of U.S. Navy ships has included Chelsea Clock. Let’s look at some of the times the Navy put Chelsea nautical clocks into action.

One of the more noteworthy ships on which a Chelsea clock sailed was the U.S.S. Saratoga. The Saratoga was originally designed as a battlecruiser. However, it was converted into one of the Navy’s first aircraft carriers during construction to comply with the Washington Naval Treaty of 1922.

Saratoga saw heavy action in the Pacific during World War II. It was torpedoed several times and suffering severe damage from kamikaze attacks — but both it and the Chelsea clocks on board survived. After the war, the ship was used to test atomic bombs, and it was eventually destroyed by one of the blasts. Today, the wreckage is a popular scuba diving destination — and a Chelsea clock has been photographed among its contents. 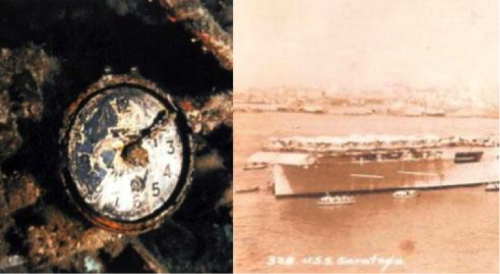 A Trip to the South Pole

Thanks to the Navy, Chelsea clocks traveled across the globe. Some even made their way to the South Pole, accompanying Admiral Richard E. Byrd in his pioneering expeditions. Byrd’s Antarctic journeys began in 1928, and he depended on Chelsea clocks to keep time. He appreciated the accuracy of our clocks so much that he wrote a letter of gratitude to Chelsea Clock in 1936.

When the U.S. entered World War II, the whole nation did its part to support the war effort. Chelsea Clock was no exception. The company ramped up production in its factory and tripled its workforce just to keep up with U.S. government demand. 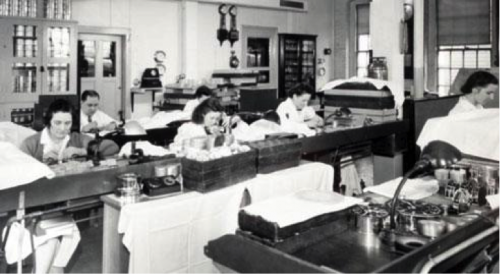 Due to the wartime shortage of metal, the Navy challenged Chelsea Clock to make a clock tough enough for battle without using its traditional brass case. Chelsea Clock responded with a phenolic resin case that was lightweight yet durable enough that it wouldn’t break or shatter like conventional plastic. You can own a modern-day version of this naval clock in the form of the Patriot Deck Clock.

As World War II wore on, the Navy pioneered a bigger, faster and stronger ship — dubbed the “Victory” ship — to replace “Liberty” ships lost to German submarines. They called on Chelsea Clock to manufacture their clocks for this ship that needed to evade German (and later Japanese) forces. Hundreds of Victory ships were built and served as cargo ships and attack transports in both the Atlantic and Pacific theaters.

Eventually, as many of the Victory ships were decommissioned, Chelsea Clock reclaimed the original 1940s clocks that had served in the war. Today you can actually purchase one of these vintage clocks and own a piece of World War II history. 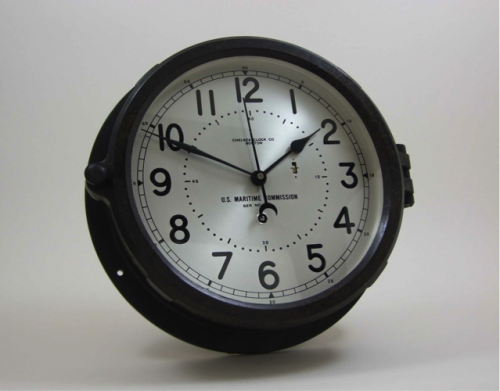 By the time the war ended, Chelsea Clock had produced clocks for thousands of Navy vessels. The company was even presented with the prestigious Army-Navy “E” award by the U.S. government for excellence in the production of war equipment. 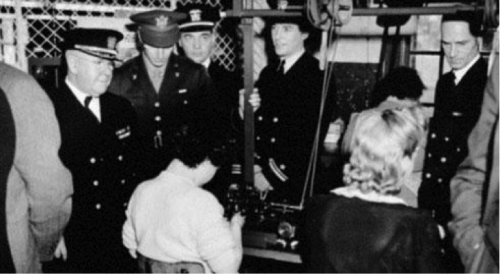 Though production declined after the war, Chelsea continued to supply the Navy with clocks for the rest of the 20th century. In fact, Chelsea still produces a number of mechanical and quartz timepieces for use aboard U.S. Navy and U.S. Merchant Marine vessels.

You can own one of Chelsea’s military-style clocks by purchasing a Patriot Deck Clock or Radio Room Clock with only slight variations from those that we make for the U.S. military. These clocks have the U.S. Navy insignia printed on the face to further emphasize the connection between the two. We’re proud to make clocks trusted by the U.S. military as well as Presidents and other dignitaries