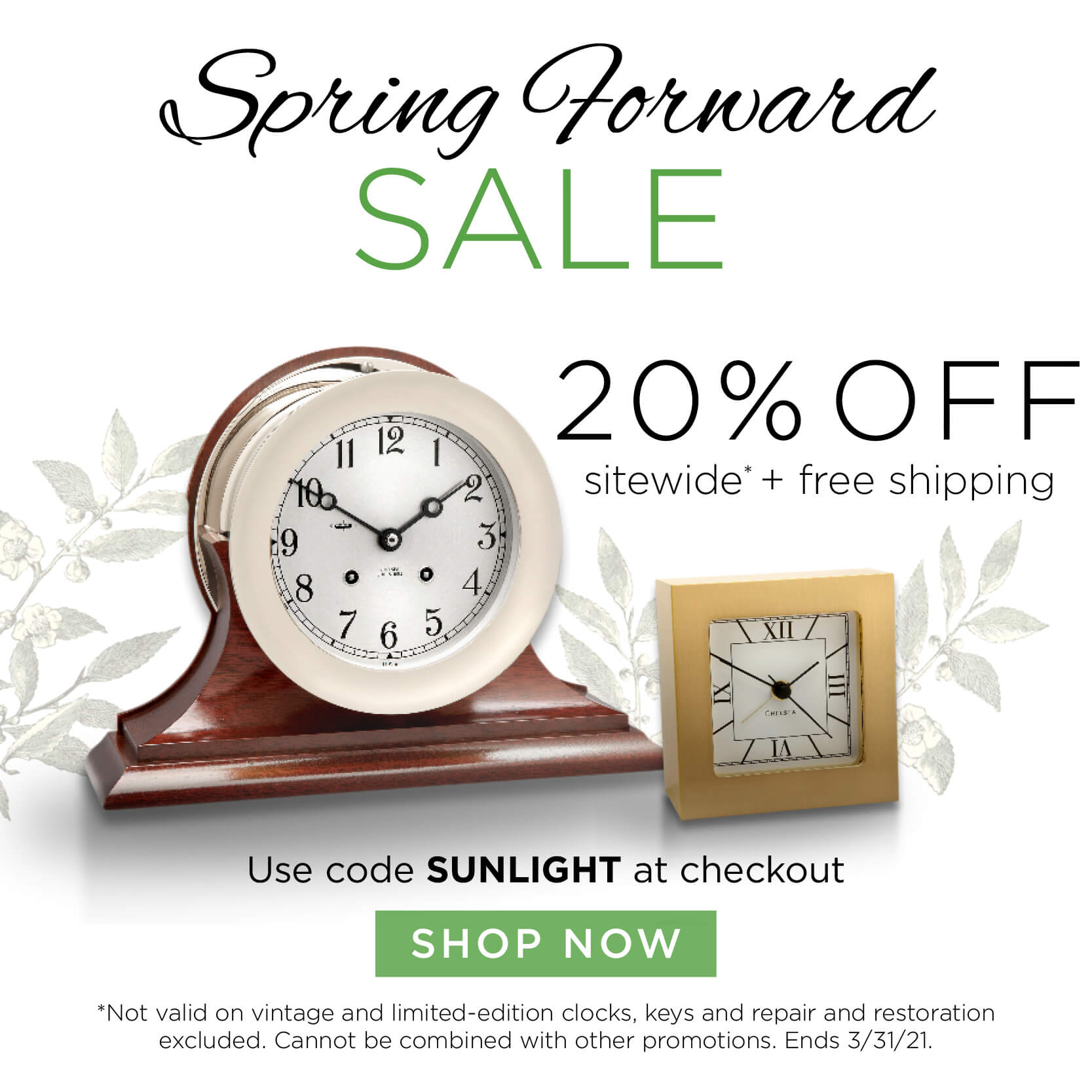 For Mark Meyer a Chelsea Clock is not just a time piece but an anchor through all the incidents of time. In our interview with the Bakersfield, Ca resident he spoke highly of his recently restored Tambour and shared how he began to acquire and learn of the clocks starting with his first purchase of a Chelsea Clock, 15 years ago — the Ship Strike Clock. The perceptible quality and dynamics of the piece spurred him to continue to add to his collection that today totals to 26. But the dynamics of the clock go beyond the tick-tocks of the time it keeps rather he describes it as a reliable energetic presence through his life and that of others before him.
“These are living objects there is a dynamic aspect to them, and I am fascinated with the fact that this clock has been running for as long as when my grandparents were alive,” he said speaking of a clock that has been in his family for three generations. In an old black and white photo of his mother, grandmother and aunt taken in the 1940’s is a vintage clock that now stands in his home today. That concept of a living object being a connection from one generation to the next is why he has choosen to purchase and restore Chelsea Clocks. 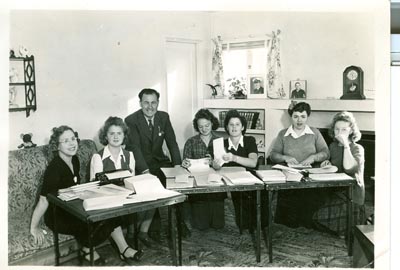 “I think it is cool in all the history and things that have happened while this clock has been running all this time. They are historic,” he said. Meyer encourages friends to take photos of their vintage clocks when significant life happenings take place. “I talked to someone at work that said her grandfather was a major clock collector. I told her to take a picture of one of them that she prized with her newborn baby, so when she passed it down to her son and it will have a human connection.”
The clocks continue an ancestral aspect that extends to his childhood home that was built after World War II. A musician and an artist himself, Meyer said the clocks add to his studio where he practices his music and keeps his collection of vintage music makers. 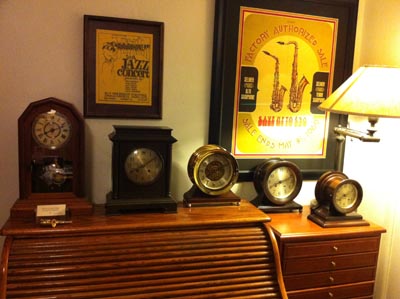 Meyer places his Chelsea Clocks in the areas of his home where he spends the most time. “People say you only live out of one or two rooms in your home and my music room is where I practice, he said. Although he rotates the collection at this moment Meyer has 10 Chelsea Clocks intermingled with intrinsic musical pieces – he has a Chelsea Empire 1, Centennial, Constitution, and Mahogany and Metal Clock.

He compares the vintage instruments to the clocks. Just like the instrumental pieces he plays they are vintage, passed on through families, handmade and very much works of art, and being able to use the pieces on a daily basis just adds to his fascination with the clocks and their timelessness. “I can sit there and enjoy the clocks while I practice scales.”